Read more
Banská Bystrica/Veľký Krtíš, 5. 3. 2018 – A new automotive supplier from Germany is expected in the Slovak market. The company SAM Automotive will build a new location in Veľký Krtíš and offer work to more than 800 people.

SAM (South-German aluminum manufactory) automotive production GmbH belongs to the SAM automotive group, which consists of four production companies (three locations are in Germany and one in Mexico). It is a leading global supplier of exterior components made of aluminum for well-known car manufacturers (including Audi, Mercedes-Benz, Daimler, Volkswagen, Volvo, Bentley). “Our goal is to build a new production company, SAM Automotive Slovakia, to increase production capacity and competitiveness, and to be closer to our business partners,” explains Dirk Fischer, Group COO of SAM Automotive, further informing that the new plant is focused on the production of aluminum window capping strips and roof rack systems. The Slovak site will initially supply components for VW Slovakia and Audi Hungary.

The entire investment plan is divided into three phases. The aim of the Slovak plant is to gradually cover the entire production process. The project already accompanies the expert team of the international project management and consulting company Wesconi s.r.o. from Banská Bystrica, who also did the initial market analysis and looked for suitable locations for the site. “SAM Automotive has considered several locality options for site development and ultimately chose Slovakia. The deciding factor was Slovakia’s excellent position in the automotive industry,” explains Werner Schmitz, CEO of Wesconi s.r.o.

The production rooms in Velký Krtíš are already prepared. In total, production rooms with a total area of approx. 30,000 sqm are planned, which requires further construction work. “In the first phase – during the second quarter of 2018, gradually machinery and technology will be installed. Then we start with a simpler assembly of the components“, says Stefan Schulze, Group VP of Industrial Engineering at SAM Automotive, which is responsible for offshore operations, and adds that full capacity production is to be achieved in early 2023.

Application processes will start in the next few weeks

This investment project should give Slovakia about 800 new jobs, and this year the plan is to fill 150 of them. “There will be positions in both production and administration. First of all, the selection processes for the most important interfaces should take place and, for the time being, the majority of the application process will start in 2018,” informs project manager Marianna Simonidesová from Wesconi s.r.o. “The project is now starting from the start-up to the operational phase, where qualified experts are needed,” explains the specialist for Greenfield / Brownfield projects.

Your company can be successful too

A great contribution to the city Veľký Krtíš

“Thanks to SAM Automotive extensive work program, many jobseekers can hope for employment here and maybe there will be an opportunity for the people who have emigrated because of work from Veľký Krtíš to come back,” says Mayor Dalibor Surkoš, who is very pleased about the arrival of the new investor and believes that such an investment project can help the city. Unemployment is currently around 7% in Veľký Krtíš. “Slovakia retains the position of a very attractive land for investment. This investment confirms that we are able to attract investors and fulfill the strategy of investing in the least developed regions. SARIO has provided support throughout the process,” says SARIO CEO Róbert Šimončič, who sees the project as adding value to the region.

Wesconi – Your System Vendor for digital and operational Plant Management.
As Alliance Partner of Siemens Digital Industries Software and in cooperation with other strong partners we develop and implement the successful industrial production of the future. 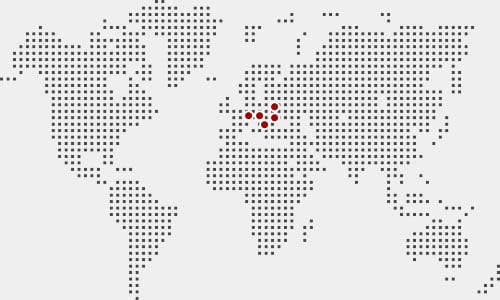 we are proud partner of

Scroll to Top
We process cookies required for its functioning and analytics on this site. Find out more about cookies.